Laser Guided Scissors for Fabrics – Is It Worth It?

We’ve seen all kinds of sewing tools or gadget.

But one you probably have not seen or heard of is a laser guided scissors. it is gaining popularity by the day.

You should see the looks on my face when I first came across this tool. So much excitement to test it out or use one!

For someone like me who always look forwarding to testing and using new sewing tools many question arises.

How can this tool improve my cutting accuracy and speed!

Most of these scissors comes from China and the manufacturers of Laser guided scissors promise one unique thing; accurate cuts.

This article would help you understand whether it delivers on it promise or not, how this laser scissor works, why you should buy or don’t even think of buying one.

To top it, I will also look the best laser guided scissors you can lay your hand on now.

Let’s start with the basic concept of this laser scissors:

How Does Laser Guided Scissors Work?

A laser Guided Scissors works more like your regular scissors, but with an integrated laser beam. A beam pointing straight across the fabric.

Laser guided scissors rely on a battery powered laser beam fused into the handle of the scissors.

Why Buy a Laser Guided Scissors?

Let’s start with the good part.

The high point of using a laser scissors, is you can save time, effort and resources normally used for marking your fabric from point to point.

If you cut large fabric and require cutting through a large straight path, a laser scissors could make your task faster and easier.

Now instead of marking several points with an erasable chalk, plus sometimes using a ruler, you simply just mark the end of the fabric and direct the laser to the end for a straight and even cut.

Aside avoiding measuring and marking every spot, laser-guided scissors also allow you to work at a faster pace and speed. There won’t be need to severely cross check the measurements from spot to spot.

Why Not Buy a Laser Guided Scissors?

Scissors have primary purpose no matter the type: Meant to cut and that’s what the Laser Guided scissors should do.

Not many good brands or options

The first question bothers on how well it delivers on its primary task: cutting.

Now as at the time of writing this review, lasers scissor available cannot be compared to the usual shears we use in terms of cutting fabric or scrapbooking.

Now too much emphasis was on the laser beam instead of the knife edges. The sharpness of these scissors is a concern; they are not always razor sharp as you’ll expect.

Imagine you have an unsteady hand. Don’t be fooled by the laser that you are cutting a straight line.

You may be many inches away from the actual measurement if you move or your hands are unsteady. The reason is that as you move your hands the laser lines moves with it.

Some efforts must go into marking the fabric at the starting point and the end to ensure or guarantee an accurate cut.

Extra weight on your hands

Most of this laser cutter comes with extra packaging effort for the laser circuit and battery. This means extra weight on your hands when cutting. Scissors should not be too heavy.

Laser Useful only for Straight Cut

Now don’t expect to use the laser properly for cutting other shapes other than cut on a straight line. As explained earlier the laser scissors is useful for large cut, if you mark the end and start of the fabric.

First, best here doesn’t mean good quality or excellent product. I simply meant the best laser guided scissors you can find on the market from the available few and crappy ones.

If you put the keyword “laser guided scissors” into your search engine (google), couple of this will tool flood the result.

Personally, I am not a fan, but I expect this niche to grow as top brands considers this option and compete.

Perhaps, the manufactures improve on the quality of the knifes and cutting material used or design the laser to lock while cutting.

If I must recommend:

You should check out for Bits and Pieces Laser Scissors. This one is lightweight and have a long-lasting battery or power option.

New Laser Guided Fabric Scissors also promises a good cut, to an extent it does.

Lastly, Stainless Steel Sewing Laser Scissors is not a bad choice either. Much better reviews than most I found on amazon.

In general, it will require a longer use time to ascertain the speed and sharpness of the knives.

Don’t buy a laser guided scissors with the hope of ditching your valuable scissors.

Previous Sewing Machine Presser Feet Guide – Which Foot Does What?
Next The 5 Best Sewing Rulers – Must Have Acrylic Rulers 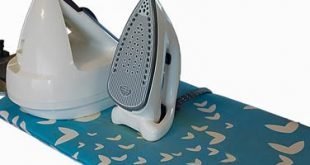 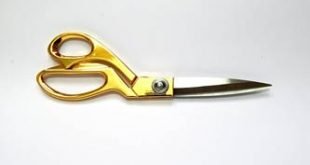 As an Amazon Associate I earn from qualifying purchases.
© Copyright 2023, All Rights Reserved.