James Ting, former chairman of Semi-Tech, was sentenced to six years in prison for his role in Hong Kong’s biggest financial collapse, in which some US$1.8 billion (HK$14.04 billion) in cash and assets disappeared.

Ting, who controlled 44 percent of the voting shares in the consumer electronics and sewing machine maker, was convicted Wednesday on two relatively minor false accounting charges by a High Court jury. The charges related to an HK$300 million faked investment in MicroMain Systems Limited. Yesterday Justice Clare-Marie Beeson sentenced Ting to two six-year jail terms to run concurrently. She also barred Ting from serving as a company director for 12 years.

The investigation was hampered by the difficulties prosecutors faced in obtaining evidence. Ting refused to return to Hong Kong to meet police or liquidators for five years, documentary evidence from his companies went missing and other Semi-Tech directors refused to testify.

Speaking after the sentencing, Senior Superintendent Armond Chan of the Commercial Crimes Bureau said the CCB had narrowed the case down to its “best evidence,” dropping earlier additional charges brought in a lower court.

Chan said the bureau scaled back the charges in a bid to save time, citing lessons it learned from its 13-year legal battle against tycoon Lee Ming-tee of property and financial services company Allied Group, who finally pleaded guilty to publishing false accounts following a deal last year. Prosecutors agreed to drop four other charges.

But in Semi-Tech’s case, there may be more to come. “The CCB is considering further charges with the Department of Justice and the investigation is continuing,” Chan said.

Questions remain as to the role of other Semi-Tech directors, accounting firm Ernst & Young which audited Semi-Tech’s books, not to mention the whereabouts of the vast sums which disappeared from the group, some of it going to other companies that are still in business.

In a court case at the end of last year, liquidator RSM Nelson Wheeler said it hoped to investigate a series of transactions which took place not long before the liquidation of Semi-Tech subsidiary Akai, in which valuable assets of the Akai group ended up under the control of companies of Grande group, described as a Bermudan electronics firm.

Semi-Tech, which took over faded brands such as Japanese electronics makers Akai and Sansui and resurrected them, ran into trouble after its acquisition of the venerable Singer Sewing Machine Company of the United States.

After Semi-Tech’s collapse in 2000, virtually all that remained of Hong Kong-listed Akai Holdings was US$1.72 billion in debt, though at its peak in 1996 the company manufactured six million television sets a year.

Police and liquidators found few clues to the mystery of the missing assets from the accounts of listed investment arms Akai Holdings and Kong Wah Holdings, which, through its 35 percent stake in Shenzhen-listed Konka Group, was once the largest TV maker in Asia outside Japan.

Creditors will now get a chance to press Ting directly about the whereabouts of missing assets. He refused to cooperate with them while under criminal investigation, but last Monday told the court: “I have told the liquidators that I will see them as soon as this case is over.”

The false accounting was allegedly aimed at staving off action that would otherwise have been available to creditors. Testimony from six banks stated that had they known accounts were falsified they would have taken steps to recover loans made to the Semi-Tech group. 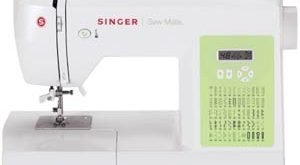 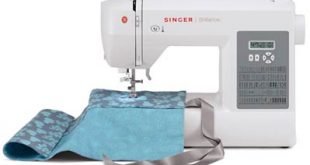 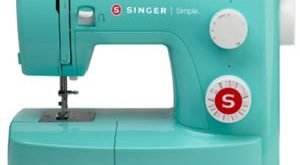 As an Amazon Associate I earn from qualifying purchases.
© Copyright 2022, All Rights Reserved.